12 IRS Scams To Watch Out For This Year 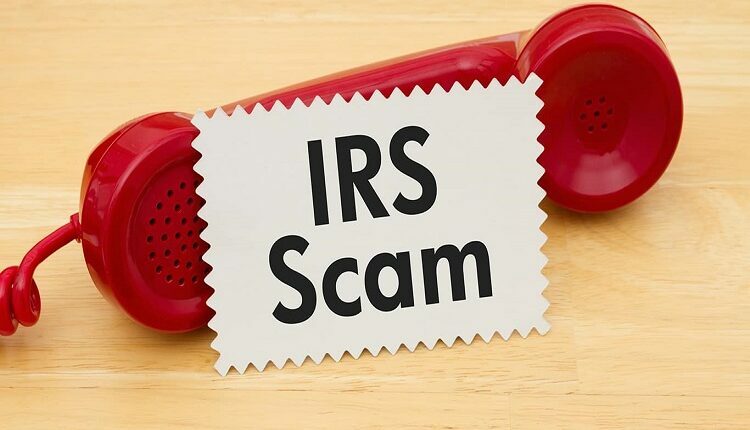 WHO IS THE IRS?

The IRS is the Internal revenue service of the United States government. It was formed on July 1, 1862, and has existed for over a hundred and fifty-eight years. The IRS is in charge of collecting taxes from taxpayers and administering the internal revenue code. Since the IRS is the tax authority, it is not surprising that a lot of scammers would use the major revenue-generating organization of the USA to extort innocent citizens. There is a need to express caution to avoid being a victim of such

Tax scams are one of the oldest tricks used by fraudsters. In this article, we shall be highlighting 12 common IRS scams to watch out for this year.

Phishing occurs when scammers send out fake emails, websites, and web pages to steal people’s private information. Scammers usually utilize buzz words that are currently relevant or trending. For example, since the inception of the pandemic, a lot of fake websites have sprung up using buzzwords like “coronavirus” “stimulus package” etc. to entice people to eventually put out sensitive information about themselves. It is impossible for the IRS to reach out to you via email and request information over a tax bill, refund, or to share a stimulus package. Avoid clicking on suspicious links claiming to be the IRS. Always visit the official websites to clarify and verify the validity of information to avoid falling prey.

This is another common scam used to extort people. Scammers take advantage of the charitable nature of people and prey on innocent, charitable hearts. For example, sending a fake email suggesting that people should donate towards a fake “cause” to exploit them. It is important to note that the IRS is a governmental organization and so it is impossible for it to solicit funds from taxpayers to run a charitable cause. They can also imitate the names of famous charities to solicit money or to get people to reveal their financial information to them.

Legitimate charities can be found on the official IRS website.

Sometimes people may randomly get phone calls from strangers claiming to be officials of the IRS and are seeking financial and other sensitive information over the phone. Voice impersonations also called vishing are most common with this type of scam. The scammers may even go as far as threatening deportation, license revocation, or even an arrest to “scare” their potential victims. The IRS operates according to an official code of conduct and line of operation. Hence, its officials will not ask for sensitive information over the phone, demand immediate payment into a private account, or threaten to deport you over the phone. If you have any pending tax issues, it is advisable to place an inquiry about it on the official IRS website to avoid being a victim.

A lot of scammers go on social media pretending to be officials of the IRS to trick unsuspecting people. For example, a Facebook “friend” may offer to help you reduce your tax liability or cut your tax for the year for a fee. Scammers usually thrive using this trick because a lot of humans hate tax and by all means want to cheat the government by evading tax. Scammers see this gap and prey on their victims. Another way of carrying this scam out is by sending unsolicited messages containing links that contain bugs and disruptive software that can steal their information. They can also hack your social media accounts impersonating you and asking for small loans from friends and family.

Criminals may also impersonate and steal your identity, get access to9 your information and file tax returns to themselves, making it impossible for you to get anything. They may also try to steal stimulus relief given by the government.

Senior citizens are usually the target of a lot of scammers especially through the media and internet, because technology may not be as familiar to them as to the younger generations. Fraudsters may imitate the voices of loved ones and request money from them.

Phone scams may target immigrants and other non-native English speakers. This is because non-native speakers usually may find it difficult to communicate with people over the phone. For example, a scammer pretending to be an IRS speaker may threaten deportation, no renewal of visa at expiration to them to trick them into sending money, etc. another way is that your social media may be hacked by a stranger who would pose as you to extort money from your family, friends and loved ones.

Some unauthorized people often go around pretending to prepare tax returns for their clients, they are often called “Ghost preparers” as they wouldn’t sign the fake returns and it will be difficult to trace them. Filing a fake tax return may put you at the risk of losing your refunds from the IRS. By law, anyone who files your tax return must have a preparer tax identification number (PTIN). Always ensure that whoever files your return possesses this number before proceeding with them.

Some fake companies go around parading themselves to help you reduce your tax legally by offering the IRS an “Offer in Compromise”. These offers are usually available for only taxpayers who have met specific criteria. The program aims to help people who are already struggling with debt and not just people who do not wish to pay. To check if you qualify for the reduction, simply check the OIC pre-qualifier tool on the IRS website. Should you need assistance in verifying if you actually owe Tax debt there are many highly rated and trustworthy companies that can help you understand if you how and how much as well help you come up with a solution should the outcome be that you owe Taxes.

This particular scam is quite common and you should pay attention to it. A con artist may file a return in your name and you may eventually get credited by the IRS. The scammer proceeds to tell you that your account was credited in error and the money should be returned to their private account or as gift cards. The IRS will not accept payments in gift cards from anyone. If you notice a refund you didn’t file, then contact the IRS.

There are so many forms this scam can take, but the most common one is a scammer posing as your HR manager needing some sensitive information or financial information via email. Always avoid such messages as your organization’s HR department must already have all the relevant information about your tax bill at the time of your employment.

Ransomware is a type of malware that disrupts a potential victim’s computer system. Immediately ransomware is downloaded on a system it finds and accesses sensitive data and stores it, it may even take over the computer network. Then a ransom request pops up on the computer’s window asking for ridiculous amounts of money and threatens to leak the information out. Payments are usually required in bitcoins and other digital coins before the computer is unblocked.

It is important to beware and be wary of con artists, scammers who may try to use the IRS to defraud you. If you get any calls, emails, or any form of information from someone claiming to be an official of the IRS then go on their website, to confirm the validity of the information. Avoid providing your social security numbers to people online to avoid being a victim of these IRS scams.

A payday loan or personal loan, which one is better for you?

A Parcel Forwarding Service: What Exactly Is It?

Comprehensive Analysis Of Your Websites With Contconcord!

How To Save Money When Starting A Restaurant

A Parcel Forwarding Service: What Exactly Is It?

The Benefits of Using SEO Software